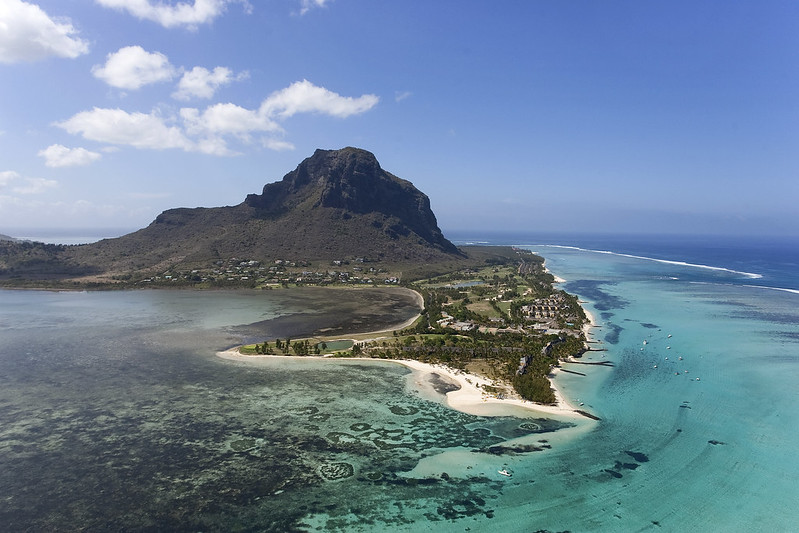 Due to their small scale, most tropical islands suffer from high energy costs related to the import of liquid fuels, such as diesel or heavy fuel oil.  With conventional electricity costs often ranging well above 20 to 50 U.S. cents per kilowatt-hour, these countries would benefit from the more rapid implementation of sustainable energy alternatives.

With relatively low investments and short time scales, intermittent penetration of wind and solar energy can reach high shares on small-island electricity grids. In a few Caribbean island nations, such as Aruba, Curacao, and Bonaire, wind and solar penetration has exceeded 30 percent of the peak power demand within just a few years following policy implementation. At these penetration levels, the need for grid stabilization becomes evident. Technology implementation based on the lowest “levelized cost of electricity” (LCOE) becomes less useful with higher implementation of renewables, as other cost components (profile costs, grid stabilization, storage, etc.) start to affect the system cost of energy.

Recently, the United Nations ratified SIDS-DOCK, a sustainable energy initiative born from the specific needs and circumstances of small island developing states (SIDS). Tropical islands and developing countries rely on organizations such as the UN and on think tanks like the Worldwatch Institute to help them charter a path to sustainable development and to create the necessary policies to achieve their goals. However, these assessments tend to focus on mainstream renewable energy technologies such as wind and solar, touching only briefly on the need to develop alternatives like ocean energy.

One of the main conclusions of Worldwatch’s Sustainable Energy Roadmaps for the Caribbean is that a huge opportunity exists in the area of energy efficiency. Commercial and industrial cooling (such as in hotels) represents one of the largest energy needs of tropical island nations and is where the largest possibilities for savings can be found.

Seawater Air Conditioning (SWAC), a proven and mature technology already being used in some Pacific countries, can provide an efficient solution to cooling needs. SWAC technology makes use of the cold seawater (approximately 4–6 degrees Celsius) available at depth near the coasts of most Caribbean nations. The water is delivered by means of a large-diameter deep-sea pipeline to the coast, where heat exchangers then replace energy-intensive chillers and transfer the cooling to concentrated districts (in a similar manner to district heating systems in Europe and North America).

This method can result in savings of up to 90 percent in cooling energy. A recent feasibility report from the Latin American Development Bank CAF proves the economic attractiveness and other benefits of SWAC-based district cooling systems for both Jamaica and Dominican Republic, as well as for other smaller islands. This report was made public in November 2014 at a conference in Santo Domingo by the Dominican Republic’s Minister of Energy. SWAC provides both a viable and a necessary solution to large-scale energy-efficient cooling that can be implemented without the need for subsidies.

The thermal energy in the ocean also can be harnessed by means of Ocean Thermal Energy Conversion (OTEC) a technology that has been recognized as having the largest resource and economic potential of all ocean energy technologies. Two grid-connected OTEC pilot plants are currently in operation, one in Japan and one in Hawaii, and several other pilot and commercial OTEC projects are planned around the world. Among these projects, the Dutch developer Bluerise is working with different parties in Curacao to develop a commercial project based on the installation of SWAC technology and a 500-kilowatt OTEC plant, and the European Union has approved financing of a 16 megawatt OTEC plant in Martinique to be built by French shipbuilder DCNS.

Given their strong potential in higher latitudes, wave and tidal energy have dominated most of the literature on ocean energy. Until now, there has been relatively little interest in industrialized nations in developing OTEC technologies, given that the potential lies mainly in tropical regions. This has resulted in less public information regarding the status of the technology. Nonetheless, commercial and innovative companies have seen the opportunity to make use of the ocean thermal energy resource by taking advantage of the advance of other related offshore technologies.

Ocean thermal energy has prime potential in the tropics, which are home to more than 40 percent of the world’s population. Given their current circumstances, tropical islands are the perfect place to start. Yet most governments of small-island nations do not have the capability to develop these technologies and should not be required to carry the financial burden. Rather, their role is to implement policies that are conducive to enabling private sector and international investment. Doing this requires the assistance of experts who can help them see beyond the mainstream.

With the right policy, technical, and financial support, tropical nations can harness the power of the ocean to provide emissions-free baseload energy that can balance grids that have high intermittent penetration of renewables. This can provide the missing step in the path to 100 percent renewable energy in these regions.